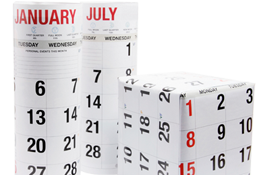 Celebrating 100 years of
putting power in your pocket

LITITZ, Penn., April 11, 2008 -- The Pocket Testament League is celebrating 100 years of incredible ministry in the United States. Founded in England in 1893, the ministry opened its first US office in Pennsylvania in April, 1908.

Described by 'the Sunday School Times' in 1920 as "the greatest movement of God since the 14th Century," the League has a mission to mobilize and equip Christians to Read, Carry, and Share the Word of God.

Since opening its first office in Philadelphia in 1908, over 8 million people have pledged to read the Bible daily, to carry pocket-sized Scripture everywhere they go, and to share the Word of God with others if prompted. Over 100 million portions of Scripture have been shared since then, and a great many lives have been changed for eternity.

The League was started in 1893 by a teenage girl named Helen Cadbury, daughter of the president of Cadbury Chocolate Company. She wanted to share her faith at school, but the big family Bible was too bulky to bring. Her dad had pocket-sized Scripture printed, and the girls sewed pockets on their dresses in which to carry these booklets, which led to the name of their new club. Members of The Pocket Testament League (membership was free in 1893, and is still free today) pledge to read some portion of the Bible every day, and to carry special Gospels of John or pocket Scripture with them everywhere they go. They are encouraged to give a Gospel to someone else during the course of their day.

Parley Zartman, the first president in 1908, said, "An oft-opened Bible means clearer vision, stronger faith, prevailing prayer, deeper devotion, consistent living, more loving and loyal service to Him whose face shines out from every page of the old Book." That sentiment hasn’t changed in the last 100 years.

The League has a rich heritage, providing Gospels of John for Billy Graham's first crusade in Los Angeles, as well as supplying 10 million New Testaments for Japan at the request of General Douglas McArthur. There are many incredible stories of changed lives. Visit the League's amazing online Virtual Museum at www.pocketpower.org/museum. The museum has stories of the attack on Pearl Harbor, service to the military since WWI, endorsements from world leaders and US presidents, and pictures of the PTL Bible that stopped a bullet and saved a soldier's life.

In spite of its old and rich history, today the League is web-based and high-tech. 708,233 people have now joined the League, and they've already shared their faith with over 9,000,000 people. In the last two years alone, members have posted on the League's website over 40,000 stories of changed lives. (see www.pocketpower.org/code/stories.php).

Since the League opened its doors in Philadelphia in 1908, a lot of wonderful things have been invented to improve the human experience on this planet: automobiles, telephones, airplanes, the Internet, antibiotics and medical advances to name a few. The Word of God, however, is the only real hope that exists for eternal life. People who want to have this hope, and share this hope, can learn more at www.pocketpower.org.